A feature length film adapted from the book “Dear Jack: A Love Letter” attempts to bring Jack’s story to life as told through the perspective of his mother, Barbara Bates Conroy. It is a story about addiction, the storm of the disease and the inescapable destructiveness of its path. 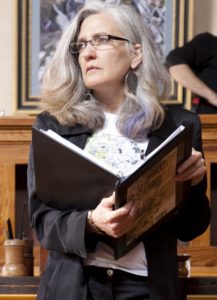 Actor, producer and writer Cece King is best known for THE BROKEN ONES (which she also wrote), Jessica Jones and Masters of Sex. Russell made her directorial debut with THE BROKEN ONES and is a prolific director/producer of shorts including HER and iLOVE. Devon Ogden’s credits include “Nashville” and “This is Us”.

“I’m honored to have the opportunity to direct DEAR JACK. This film is both a powerful personal story and a sweeping indictment of the opioid crisis. As these tragedies are being played out across the country and in theaters, Barbara’s story offers hope. It speaks most eloquently to the mothers and families who are caught up in this nightmare, to their survival, which is no less at stake than the addict’s.”

DEAR JACK is set to go before the cameras in Massachusetts in Fall 2019.